Shopping Cart
Your Cart is Empty
Quantity:
Subtotal
Taxes
Shipping
Total
There was an error with PayPalClick here to try again

Thank you for your business!You should be receiving an order confirmation from Paypal shortly.Exit Shopping Cart

This page is dedicated to

"I work in the prison bakery from 6 a.m. to 4 p.m. and at 4 p.m. am locked in a cell until 6 the next morning. I am writing this before it gets too dark. I must write on my knee, sitting as close to the cell door as possible for the light. The pad is constantly moved to eliminate the shadows of the bars. In other words, I am writing between the shadows of the bars. The light is very poor and the strain on my eyes prevents much writing."

Dr. Herbert Ross Reaver practiced chiropractic without a license until his death. When he moved back to Cincinnati to practice more than 30 years ago, he applied for a license, but was informed he would need more education for that to happen. He declined. The man who helped bring about a reform in Ohio's practice of making chiropractors go before a board of medical professionals, rather than one made up of chiropractic peers, would never personally benefit from his efforts.

"It is hard for those who have never experienced it to realize the impact of an arrest, its deep sense of violation, the terror of investigation and trial, the public ostracism and private slights that follow and the psychological hurt to wives and children. For a professional person the experience is even worse. Many, many old-time chiropractors were subjected to that trauma. Let's not forget our history, doctors! There aren't many of us left. When I'm gone it will be up to the hisorians to speculate and surmise what it was like to practice our profession in the old days." 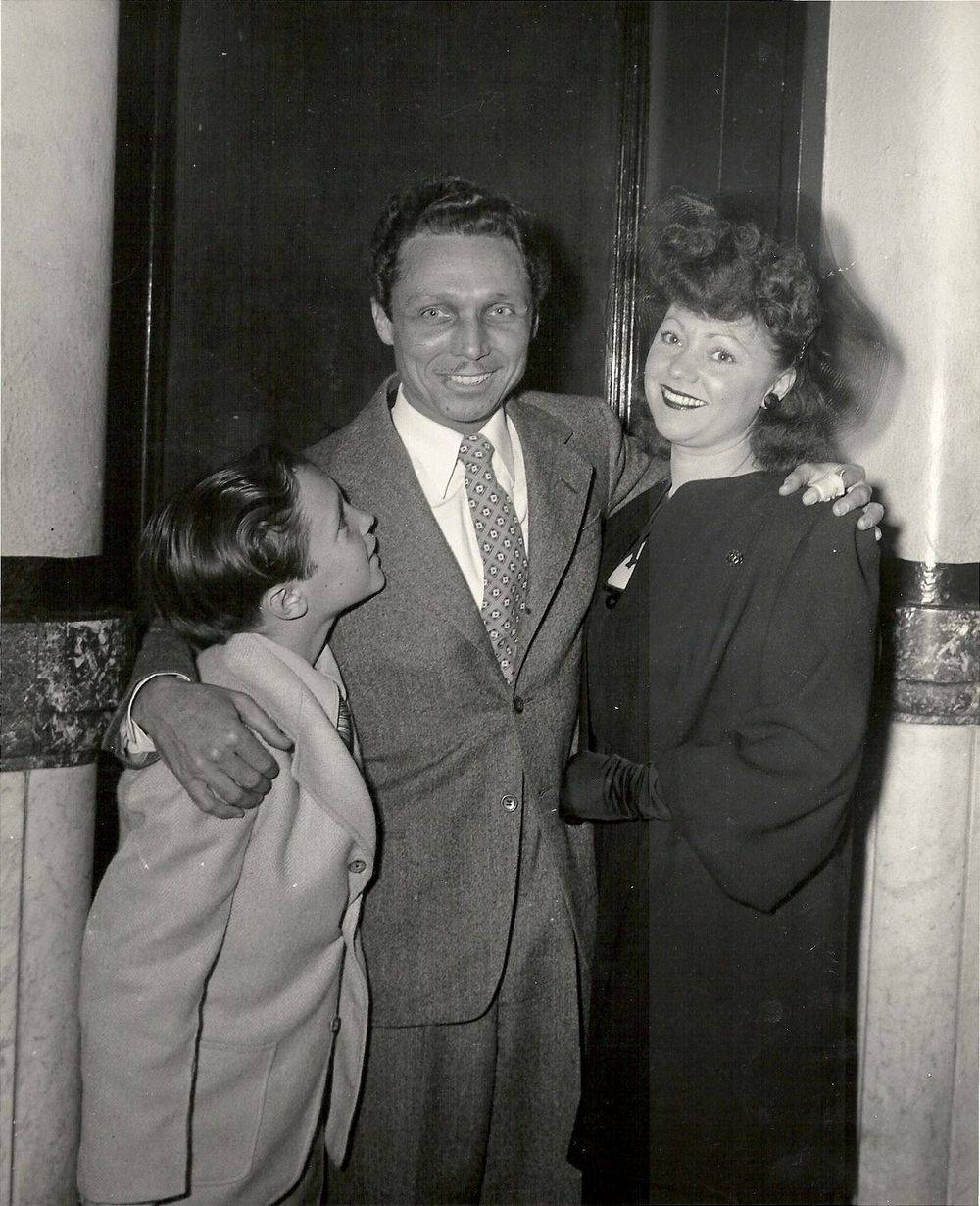 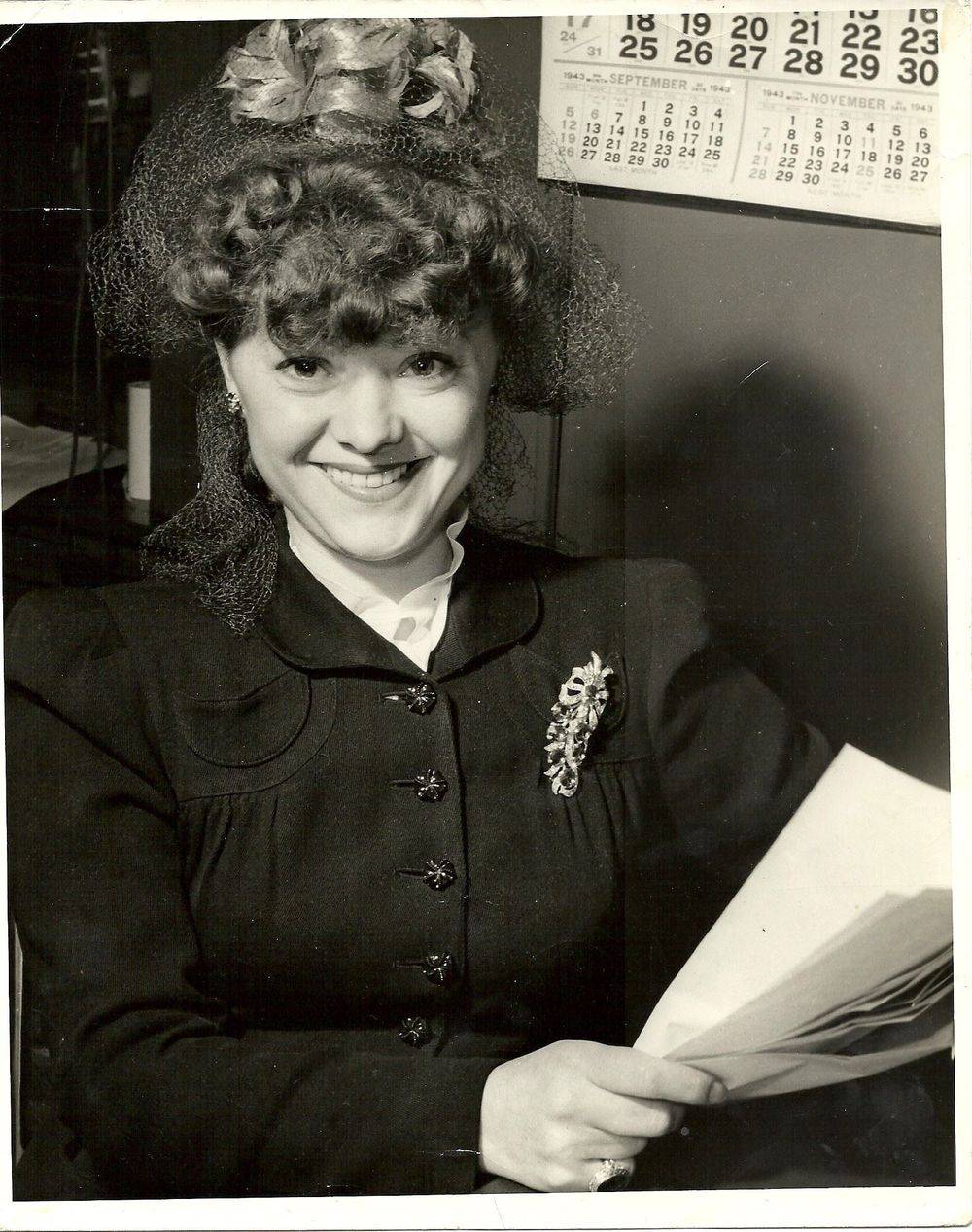 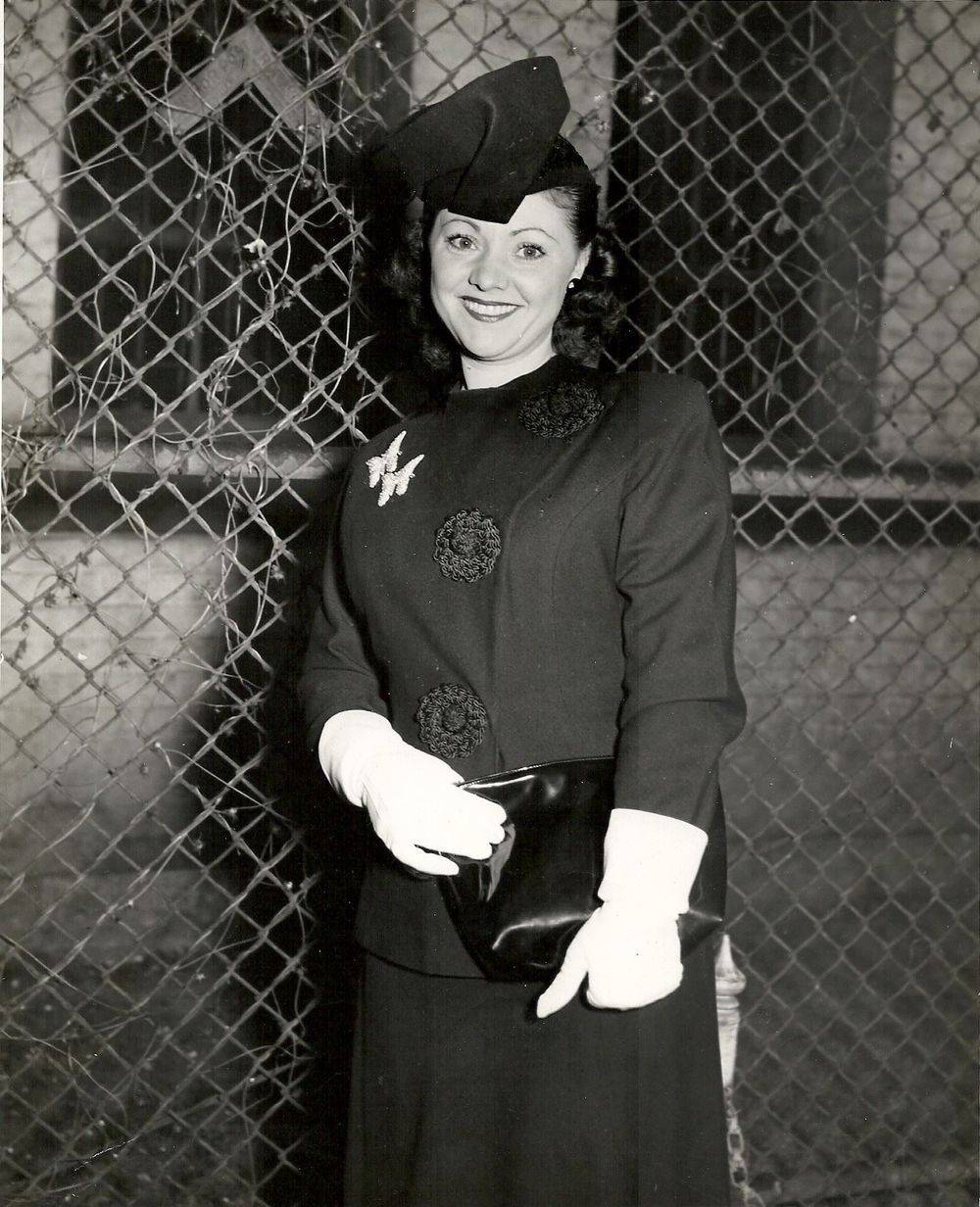 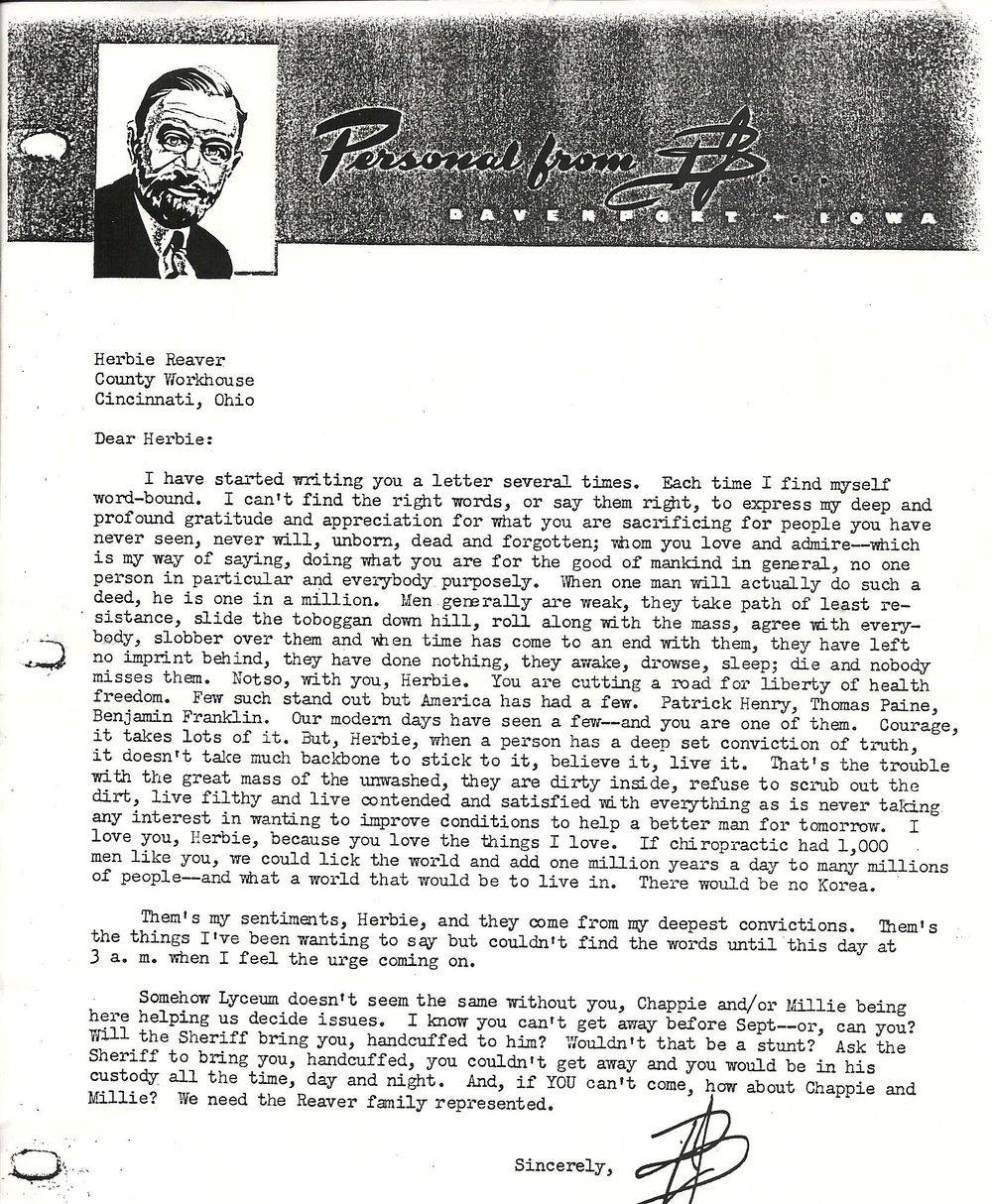 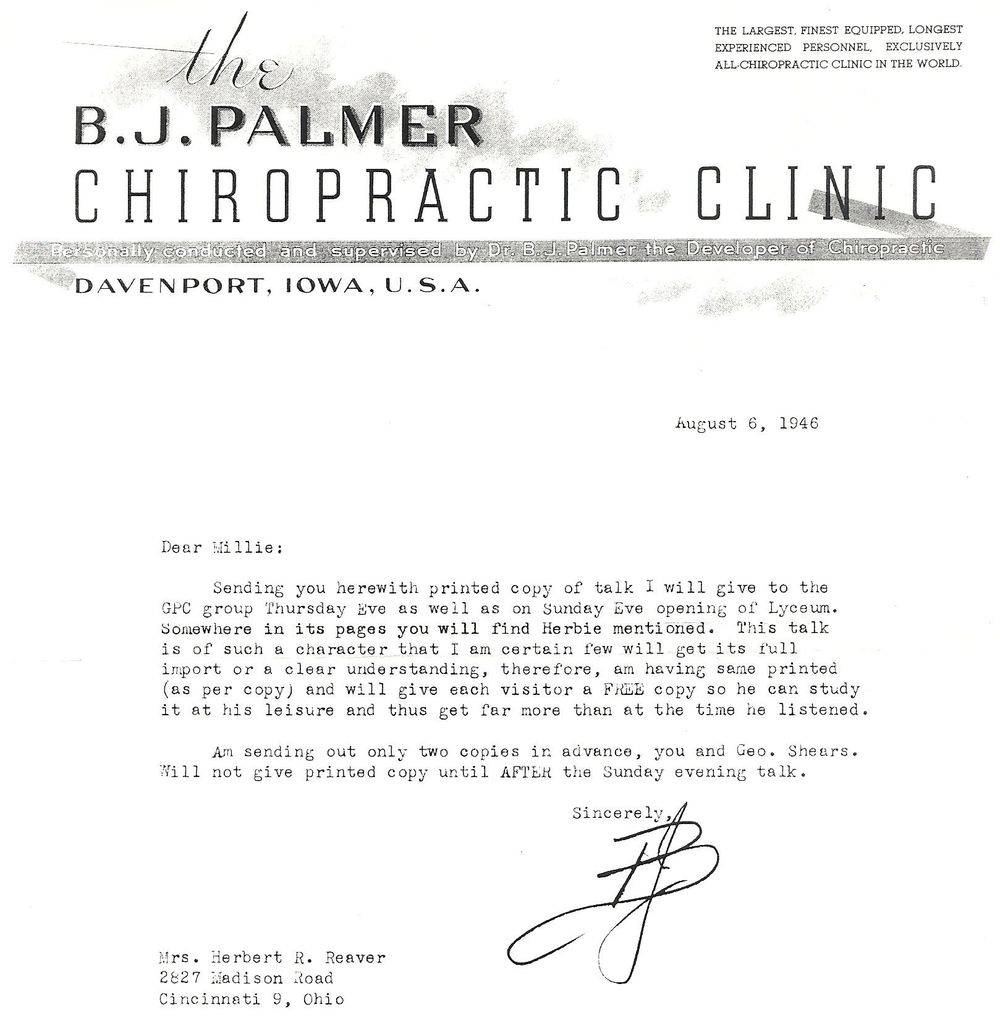 Chains bound them together, the inscribed name boards that adorned the hall walls of the P.S.C., when I began my chiropractic education there in 1951.

One by one hung the boards, chained one below the other, bearing the names of chiropractors imprisoned for practicing medicine without a license. What a sight it was to see, as on various walls throughout the institution hung the chained name boards. The wooded chairs that lined the halls also, frequently, bore the names of those imprisoned. You could sit on those chairs and ponder the fate of the good men and women that chose to bear the burden of bringing this profession to the status of the state as a new form of health care- seperate and distinct from medicine and those that battled for this right were often jailed for their efforts.

But in the end, chiropractors were granted separate licenses, separate boards, and separate and distinct administrative codes. We were licensed as a drugless healing art profession separate from medicine and the chains that bound the name boards of those imprisoned for fighting for this right, should remind us of the bondage they suffered for this privilage.

Let's remember and thank those who fought for our profession.